Just to confirm that he's screwed things up for the rest of us:


According to Dave Courington, non North American players can no longer play in USTSA's No pro events. They will be able to play in Semi-pro events with documentation from their home country's federation proving rank within the federation. NO EXCEPTIONS.

So get the word out you SANDBAGGING EURO B!@#&*S.

LMAO...well done Alex.
"A day without laughing is a day wasted"
Top

I don't really follow this thread - did Alex spend ages telling them he was rubbish to get in as an Am or something? Frankly, if the tournie directors chose to let him play as an Am, that's their choice and their problem. And to all the people who immediately jump in on the US forums basically insulting the europeans/brits as a whole continent/nation just because they've found a pathetic excuse to do so, they can Bloop right off. Alex won AS, NPMx and did well in OS - he obviously had a great tournament, but what's their hangup? Didn't Joe go over and win Rookie Sings at Kentucky one year? Don't remember the backlash then, and he was promoted ranking-wise as appropriate - Im sure the same will happen to Alex. People lashing out on the forums (insulting people on the internet is so gutsy, isnt it?) over this is completely ludicrous, damages relations between countries' players and just exposes their nature. Stuff like this puts me off going to a US tournie, and if shooing off international players is what they want (seems so from their posts) then theyve done a good job.
Top

Yeah, well said - what a lot of self-righteous, hypocritical BS - As you said, the organizer made a decision etc, but I'm also pretty sure they have come to Europe etc under-ranked so what is this all for?!.. I'd be more indignant if I wasn't so GLEEFUL - I can just imagine Alex doing some amazing but infuriating hack or pull-kick

leaks wrote:(insulting people on the internet is so gutsy, isnt it?)

It's just Americans being American - getting annoyed when they don't win.
Didn't Snopkowski come to liverpool 08 and play as a semi-pro? Did anyone here really care about that?

Well done to Alex, Olga, and all the guys who went to Vegas.
Top

Wow, what a week.

Congrats and don't let their jealousy get to you.

I've read this "sandbagging" nonsense on the US forums year after year after year. Like it's somehow your fault. It's always the same and it always catches somebody out. This time it was you. Just ignore it.

However, it is quite interesting to learn that our Tornado Pro standard is now about the same as the US Pro-Master standard.

Just to remind you ----- Before you went I told you what you must do when you come back.

I fully expect you to carry it out

Just spent a couple of hours with him and it seems very much a case of sour grapes on their behalf.

I hope that we will all continue to show our support for Alex, we know him.

Conquered USA Drank there women, fondled with there beer, beat there Gods at there own games, won a footy table put $100 on red and won. Man this is history stuff

lol - way to diffuse the situation on the US board Mase! It's all gone Monty Python over there haha
Top

leaks wrote:lol - way to diffuse the situation on the US board Mase! It's all gone Monty Python over there haha

Ben Mason - Solving the world's problems one at a time

Congrats AL that was fantastic
PS dont let em get to you mate, youll always be a novice in my eyes.
Top

Shovie, you are the end of a leg.

Maybe I've got this wrong, but I'm sure I remember Alex becoming rather good at the Rainbow before heading South... sorry

I love this stupid game!
Top 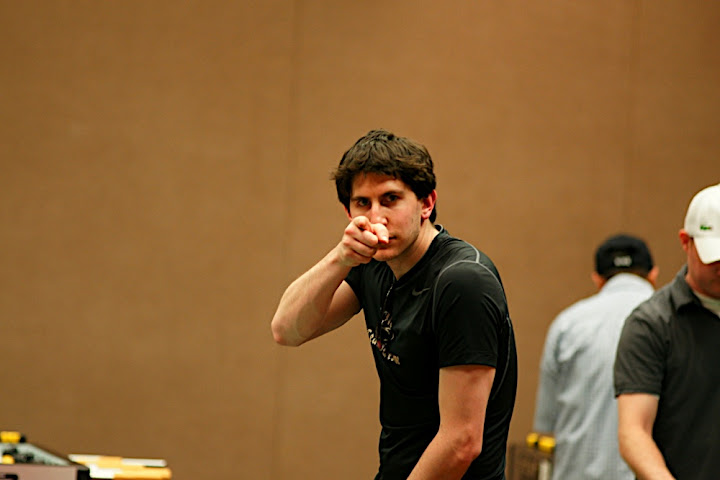 I will write a report at some point I promise!
Top
Post Reply
91 posts